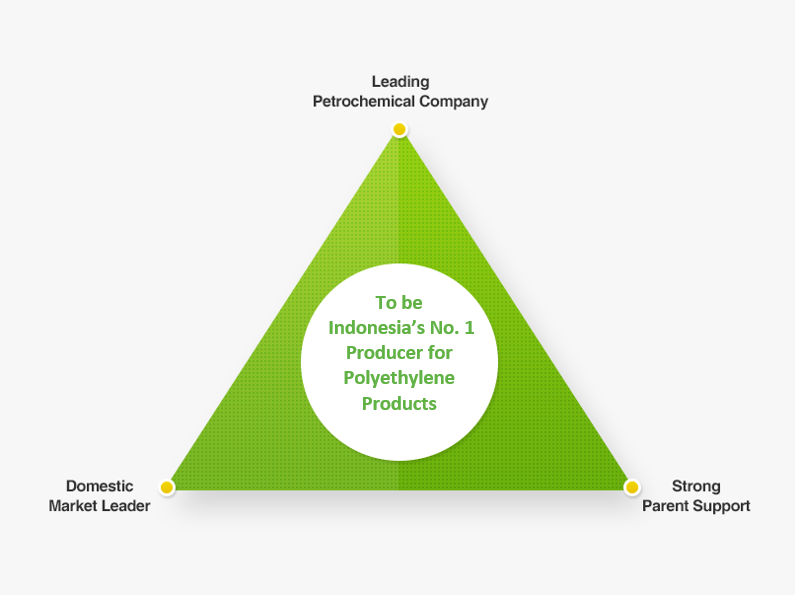 
LCTTBK was incorporated under the name PT Indofatra Plastik Industri as stated in the Notarial Deed of Notary Mrs. Rukmasanti Hardjasatya, S.H. Number 19 Dated December 9th, 1987 which was ratified by the Minister of Justice of the Republic of Indonesia under the Decree Number C2-6603.HT.01.01.Th.88 Dated July 30th, 1988. LCTTBK started its commercial business activities in plastic industry with the first production line initial installed capacity of 8,000 metric tons per annum.

Then in July 18th, 1988, changed the name to PT Fatrapolindo Nusa Industri and change the business form to be a public company after obtaining the decision from Minister of Justice and Human Rights under the Decree Number C-5565.HT.01.04-TH.2001 Dated April 23rd, 2001 and listed its shares in the Indonesia Stock Exchange with share code FPNI.

In 2008, re-changed the name to became PT Titan Kimia Nusantara Tbk, then conduct Limited Public Offering I – Issuance of Pre-emptive Rights and the proceeds from the Limited Public Offering were used to increase capital investment in TIHL and used solely to acquire 100% ownership of Titan Petchem (M) Sdn. Bhd., in Chemical Brothers Ltd., which was the majority shareholder of PT Titan Petrokimia Nusantara.

Refer to the market share which is growing dynamically, decided to innovate and changed the name into PT Lotte Chemical Titan Tbk as stipulated in the Notarial Deed of Fathiah Helmi, S.H Number 1 Dated April 1st, 2013 which was approved by the Minister of Law and Human Rights in its Decision Letter Number AHU-19689.AH.01.02. Tahun 2013 Dated April 15th, 2013, then starts importing and distributing polyethylene (PE) and polypropylene (PP).

LCTTBK will continue to effort and innovate to increase sales amount and the growth in the future on an ongoing basis and contribute to the enhancement of life.